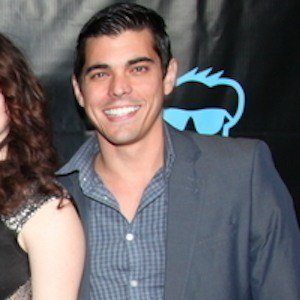 Actor and web star who has earned a significant following on YouNow and has been active in the film and television arena since 2007.

He moved from Florida to Burbank, California, in 2010 to pursue acting. He began his YouTube channel that same year. He began broadcasting on YouNow as early as January 2013.

He has had parts on shows like ABC Family's Make It Or Break It and A&E's The Glades.

He grew up in Florida with his brother and a few pet dogs. He is very close with his mother.

He is an actor and model who reached fame through YouNow like Chase Payton.

Phillip Agresta Is A Member Of