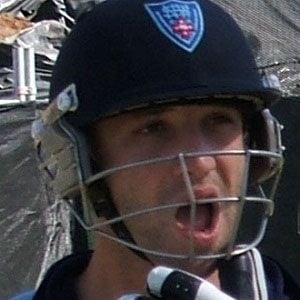 Top order batsman who made his Test debut for Australia at the age of 20 in a 2009 match against South Africa. He tragically died from a subarachnoid haemorrhage after being hit in the neck by a bouncer during a match.

He was named Australia's Domestic Player of the Year for the 2012-2013 season.

He was born to Greg and Virginia Hughes and grew up with siblings Megan and Jason.

He made his first class debut in 2007 for New South Wales, becoming the team's youngest player since Michael Clarke in 1999.

Phillip Hughes Is A Member Of