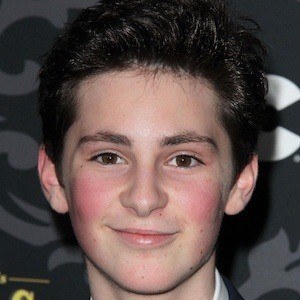 Film and television actor best recognized for portraying Young Devon Morehouse in the Spoils of Babylon and Jake in The Thundermans.

He made his screen debut in 2013 playing Young Sam in Last Vegas.

In 2015, he was cast in the family film Ghost Squad alongside Cade Sutton.

His sisters, Carrie and Cricket, are also both actresses.

He appears alongside Diego Velazquez and Rosa Blasi in the Nickelodeon series The Thundermans.

Phillip Wampler Is A Member Of