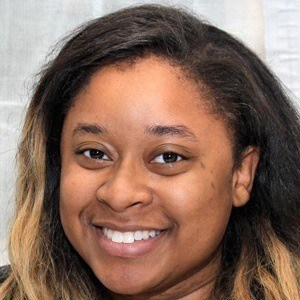 Comedian, actress, and writer best known for her podcasts 2 Dope Queens and Sooo Many White Guys. She also created and starred in the web series called Woke Bae. She's been a regular contributor to Glamour, as well as been featured in outlets such as the New York Times, Vanity Fair and BuzzFeed.

She studied screenwriting at Pratt Institute to pursue her dream of becoming a serious screenwriter and producer.

She authored the book You Can't Touch My Hair (and Other Things I Still Have to Explain).

She grew up in Cleveland, Ohio. She later moved to Brooklyn, New York at the age of 17.

Phoebe Robinson Is A Member Of