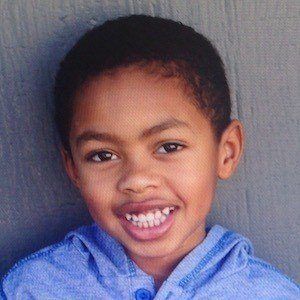 Known for appearing on the soap opera All My Children in the role of Lucy Hubbard.

The first episode of All My Children that he appeared in aired on March 30, 2011 when he was barely a year old.

His maternal grandfather was a jazz musician.

Dondre Whitfield has also appeared on All My Children.

Phoenix Nicholson Is A Member Of