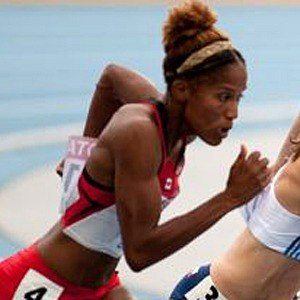 Runner who made it the finals for the 100m hurdles in the 2011 World Championships in Korea. She then finished sixth place in the same competition at the 2012 Summer Olympics.

She came in 10th at the World Junior Championships in 2006 in Beijing, China running the 100m relay.

She considers Natasha Hastings her sister in spirit. Her mother passed away from breast cancer in May 2010.

She and Andre De Grasse are both Canadian track and field Olympic athletes.

Phylicia George Is A Member Of