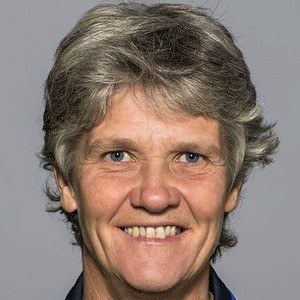 Swedish former professional soccer play who is best recognized for having played the forward position for the Swedish National Team. She also coached the United States women's national team from 2008 to 2012.

She played for IFK Ulricehamn's youth program in the 1970's.

She is the daughter of Karin Johansson and Lars Sundhage.

She had the opportunity to coach Hope Solo during the 2008 Summer Olympic Games.

Pia Sundhage Is A Member Of