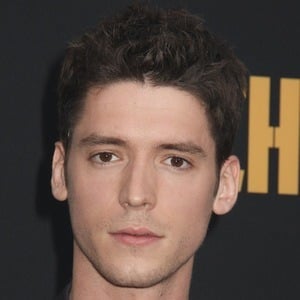 American actor who has appeared in films like 2014's A Most Violent Year and 2016's Indignation. He has also acted in TV series such as Blue Bloods, Alpha House and Hulu's Catch-22.

He has acted on stage in productions of Our Town, Punk Rock, and What I Did Last Summer.

He is the son of cinematographer Lukasz Jogalla and his great-grandfather was journalist Jerzy Turowicz.

He acted in season three of Orange Is the New Black, a Netflix original show that starred Taylor Schilling.

Pico Alexander Is A Member Of