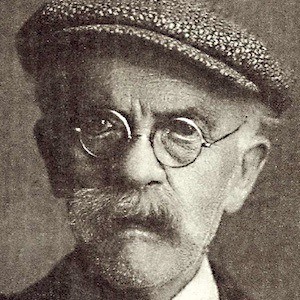 Former prolific music composer whose career spanned decades. He wrote The Internationale, which was one of the most popular songs of the Socialist movement.

He studied at the Lille Academy growing up where he focused on drawing. This enabled him to find his first paying job as a woodcarver when he was only 17.

He was honored in 1998 with a monument made of Bronze that was placed in the Ghent Museum of Industrial Art and Textiles.

He made his life in France, but was actually born in Ghent, Belgium. He grew up as one of five children.

He was the center of a rumor that Joseph Stalin once awarded him a state pension from the Soviet Union in an effort to adequately compensate him for his copyright.

Pierre De Geyter Is A Member Of