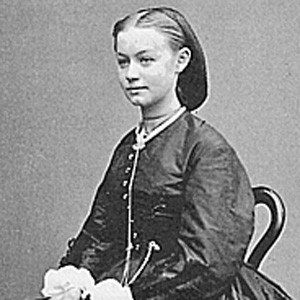 Known for her contributions to the golden age of Norwegian music and for the many future pianists she taught. Her compositions initially adhered to 1850s European pianistic and stylistic ideals, but as the 20th century neared, she began to adopt an impressionistic approach, making her the first Norwegian impressionist.

She studied with Theodor Kullak from 1865 until 1867 and with Richard Wuerst in Berlin at the Akademie der Tonkunst.

She was declared to be one of the 19th century's greatest piano artists by music critic and writer George Bernard Shaw.

She was married in 1875 to singing teacher and conductor Olaus Andreas Grondahl. Her son Fridtjof Backer-Grondahl became a pianist and composer.

She gained acclaim while in Berlin for her mastery of Ludwig van Beethoven's "Emperor" Concerto.

Agathe Backer-Grondahl Is A Member Of