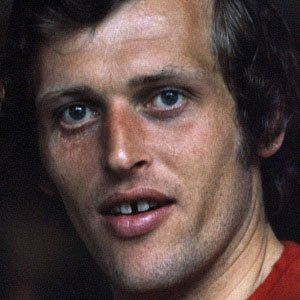 He played youth soccer for Ajax.

He competed in the 1974 FIFA World Cup for the Netherlands.

He married Jenny Hoorman on June 13, 1967. The couple had  two sons together.

Winger Johnny Rep was his teammate on the Netherlands national team.

Piet Keizer Is A Member Of