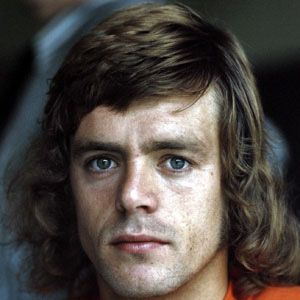 He began his professional career playing for the Dutch team AFC Ajax in 1971.

He spent his club career with a number of teams, most notably Saint-Etienne, with whom he scored 44 goals in 131 appearances from 1979 to 1983.

He and Robin van Persie both represented the Netherlands in international play.

Johnny Rep Is A Member Of