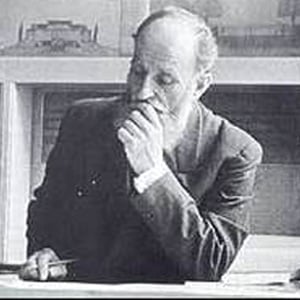 Leading architect of the Amsterdam School and the Expressionist movement.

He worked in Eduard Cuypers' architecture firm from 1903 until 1911; he met famed architects Johan van der Mey and Michel de Klerk during his time with Cuypers.

He designed houses, municipal buildings, bridges, and canals; his masterpiece was the De Bijenkorf Store in The Hague.

He was born in Amsterdam and died in Santpoort; appreciation for his work faded after his death thanks to the Rationalist movement supplanting the Expressionists.

He was born in the same town as fashion designer Ronaldus Shamask.

Piet Kramer Is A Member Of