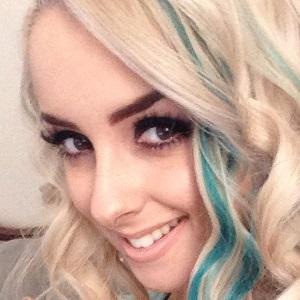 YouTube sensation and fashion/beauty guru who is best known for her channel PiinkSparkles, which has earned over 1.1 million subscribers. She also runs the channels PinkBarbieDolly and sockzVSbarbie. She has also featured herself on the OnlyFans website.

She created her most popular YouTube channel on September 21, 2009, but didn't upload her first video until May 1, 2010.

Her PinkBarbieDolly channel is a video blog channel and her sockzVSbarbie channel is a collaborative gaming and challenge channel that she does with her brother. She has posted multiple fashion haul videos of clothing from websites like Dollskill on her PiinkSparkles channel.

Her real name is Samantha. She has an older sister and a younger brother. She previously ran a vlog channel with her now ex-boyfriend Dahltyn. She and her boyfriend Austin began dating in 2020.

She did a Christmas present swap with Sabrina Koun in 2016.

PiinkSparkles Is A Member Of