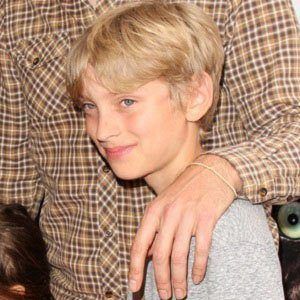 Famous as the son of screen actors Jason Lee and Beth Riesgraf, Pilot Inspektor Riesgraf Lee appeared during his childhood years in a 2011 short film titled A Standard Story.

His parents began their relationship in 2001, two years prior to his birth, and remained together until 2007. Previously, his father had been married to actress and photographer Carmen Llywelyn.

His name, Pilot Inspektor, was taken from a song by the indie band Grandaddy.

His father and Australian model Ceren Alkac married in 2008 and gave Pilot a half sister named Casper and a half brother named Sonny.

His father, Jason Lee, is famous for playing the title role on the television series My Name Is Earl.

Pilot Lee Is A Member Of