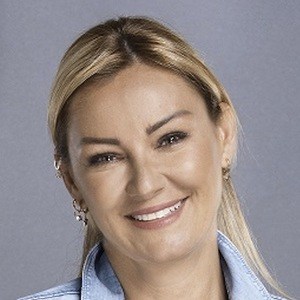 Turkish actress, presenter, and model who is best recognized for having won the Miss Turkey pageant in 1994. She is also known for her acting career including for playing April Essence in the 2004 series Shoulder to Shoulder and for playing Laurel in the 2005 series Intruder.

She began by studying Political Science and Business Administration at Istanbul University but dropped out in 1994 after having won the Miss Turkey pageant. She then began her career in entertainment in 1995 after having been selected to host various programs. Her acting debut came in 2000 when she starred in the series Wolf Trap.

She starred alongside Tamer Karadağlı in a television commercial for the brand Linens.

She married Yagmur Atacan in 2008 and together in 2009 they had a daughter named Su.

She starred alongside Emre Kinay in the 2009 comedy series Aile Reisi.

Pinar Atacan Is A Member Of