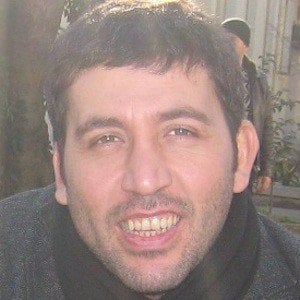 Actor who is best known for his work throughout the Turkish television industry. He has appeared as a guest star and series regular on a litany of shows in Turkey, including Iki Aile from 2006 through 2008.

Prior to his breaking into the TV and film industries in Turkey, he was active as a stage actor. He has co-founded his own theater company, called Stop Theatre, and has performed and produced plays there since its founding.

In 2003, he won the Best Actor award at the Istanbul International Film Festival for his work on the 2003 film Insaat. Between 2013 and 2014, he portrayed the character Cihan guzel on the TV drama Günesi Beklerken.

He starred alongside Kerem Bursin on the TV series Günesi Beklerken.

Emre Kinay Is A Member Of