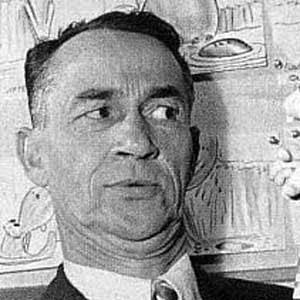 Dean of Hollywood Voicemen who was the original voice of Disney's Goofy and Oswald the Lucky Rabbit, and television's Bozo the Clown.

At age 12, he decided to join a Portland street huckster, playing the clarinet in a hobo clown costume.

After he joined Disney he worked prolifically in voice work--he was the practical pig in the Three Little Pigs--and some lyrics writing. He co-developed the lyrics to Big Bad Wolf.

He was born in Jacksonville, Oregon, one of seven children of Judge William Mason Colvig and his wife, Adelaide Birdseye.

Pinto Colvig Is A Member Of