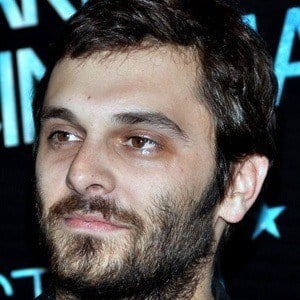 French film and theatre actor known best for his roles in The First Day of the Rest of Your Life, Delicacy, and Maestro.

After studying at various acting conservatories, he made his film debut in the role of Jeremie in 2008's Didine.

Outside his acting career, he also owns the motorcycle company Mr Pickles Motorcycles.

His mother was a former costume designer at Opéra de Strasbourg and his father was a set designer.

In the 2011 film A Happy Event, he starred opposite Louise Bourgoin.