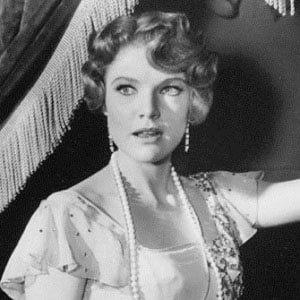 Known for her roles on the NBC series The Virginian and the CBS series Mr. Lucky, Scott also appeared in episodes of The Tall Man; Maverick; The Alaskans; Perry Mason; and numerous other television series of the 1950s, '60s, and '70s.

After attending both Radcliffe College and the University of California, Los Angeles, she trained at London's famous Royal Academy of Dramatic Art (RADA) and subsequently received a 1956 Theatre World Award for her role in the Broadway production of Child of Fortune.

She appeared with Dick Van Dyke in the 1971 comedy movie Cold Turkey.

She grew up in Los Angeles as the child of writer Allan Scott and entertainer Laura Straub. Her marriage to television producer Lee Rich lasted from 1964 until 1983 and produced two children.

She made her cinematic debut in director John Ford's 1956 feature The Searchers.

Pippa Scott Is A Member Of