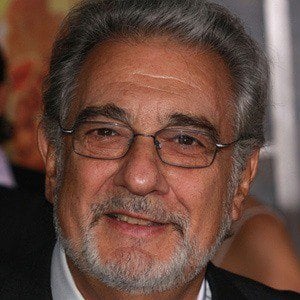 The world's leading operatic tenor for many years and a prestigious conductor who has also sung more that 143 roles over the course of his career, including in Verdi's Otello.

He studied music at the National Conservatory of Music in Mexico City.

He has been the general director of the Los Angeles Opera.

He married Ana Maria Guerra in 1957; after their divorce, he remarried Marta Ornelas on 1962. He has three sons, Alvaro, Jose and Placido Jr.

He was a member of The Three Tenors, along with Luciano Pavarotti.

Plácido Domingo Is A Member Of