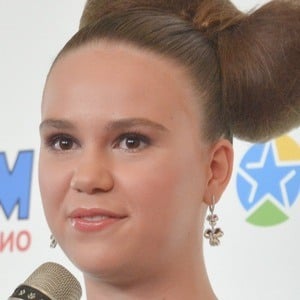 Pop singer and actress who released her first album Another Life in 2015 and her second album Ocean of Emotions in 2017.

She was the lead in Andrzej Bartkowiak's 2017 film Maximum Impact. She has over 80,000 followers on her pbutorina Instagram account.

She and Rayhon G'aniyeva are both Russian pop singers and actresses.

Polina Butorina Is A Member Of