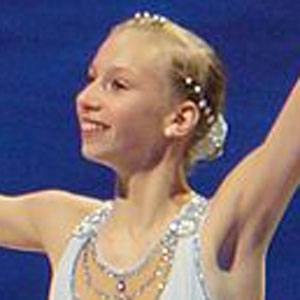 Sochi Winter Olympics competitor for the United States who won a silver medal during the 2014 U.S. Championships. She was only fifteen years-old during both competitions.

She was only four years-old when started training in ice skating and ballet. She first started competing in 2011 in the U.S. Championships at the junior level.

She had success at the Junior Grand Prix in Mexico City and in Belarus, earning gold medal honors at both venues.

Her mother was a figure skating coach which explains why she started skating from such an early age. She is the middle child in between two brothers.

She finished behind only Gracie Gold at the 2014 U.S. Championships.

Polina Edmunds Is A Member Of