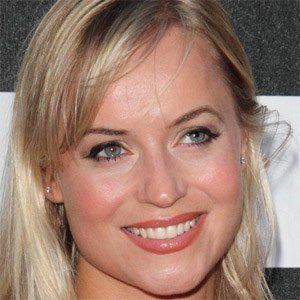 English television show host known for being the co-presenter of the Channel 5 show The Gadget Show and was a contestant on the second series of the show Splash! in 2014.

She trained as a singer, actress, and presenter at a young age and was a finalist in the Miss England beauty competition.

She performed as a stunt double in the UK television series Eleventh Hour.

She became engaged to golfer Paul Casey in late 2013.

Pollyanna Woodward Is A Member Of