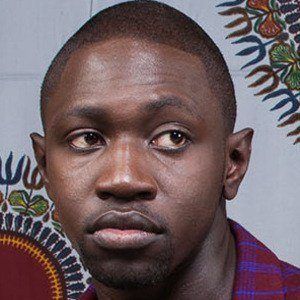 Kenyan guitarist and producer of the popular music group Sauti Sol who are best known for albums such as Mwanzo and Sol Filosofia. He has also worked as a producer for known artists such as Lady Jay Dee, Dela and Suzanna Owiyo.

He discovered his love for the guitar at an early age when he took free guitar lessons at All Saints Cathedral.

He earned a degree in actuarial science from Jomo Kenyatta University of Agriculture and Technology.

He has performed for President Barack Obama.

Polycarp Otieno Is A Member Of