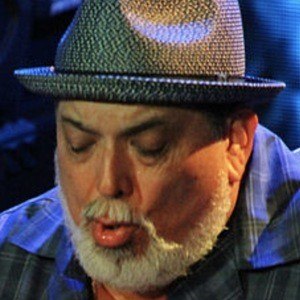 Mexican-American multi-instrumentalist and singer who has won global acclaim for his work with the Concord Records label, for whom he has recorded more than a dozen albums. He has performed with renowned musicians like Cal Tjader and Clare Fischer.

He was raised in Norwalk, California. He got his start in music as the lead singer for the R&B group The Halos.

He won a Grammy Award for his 1999 album Latin Soul.

He is the youngest of eleven siblings.

Poncho Sanchez Is A Member Of