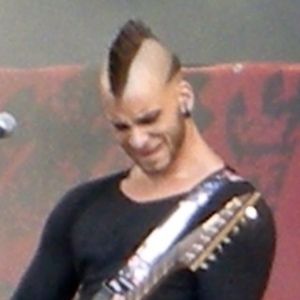 Heavy metal musician and songwriter who rose to fame as a member of the band Dead by April. In early 2012, he and the band competed in the annual Melodifestivalen competition finishing in seventh place.

He was a member of the band Cipher System prior to joining Dead by April.

Dead by April had a song featured on the 2010 video game Need for Speed: Hot Pursuit.

He married his wife Pernilla Hjelm in 2013.

He and Dead by April released a cover version of Linkin Park's "Numb" as tribute to Chester Bennington in 2017.

Pontus Hjelm Is A Member Of