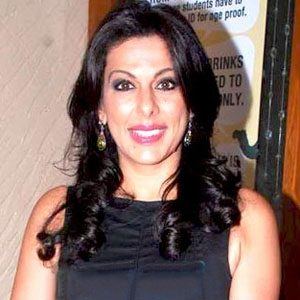 Former Bollywood actress and talk show host who earned a nomination for a 1993 Filmfare Award in the Best Supporting Actress category for her role in the film Jo Jeeta Wohi Sikander.

She was involved in many sports as a child, including basketball and hockey.

She has also hosted several television shows including one called Just Pooja.

She was married to Farhan Furniturewalla from 1994 to 2003, and she has two children, Aalia and Omar. Her father Kabir is a prominent actor and her mother Protima was a model.

She made a guest-star appearance in the 1995 film Aatank Hi Aatank, which starred Rajinikanth.

Pooja Bedi Is A Member Of