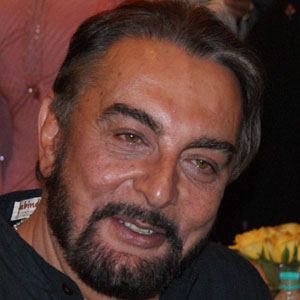 Proficient Bollywood actor who is probably best known as the antagonist Gobinda to James Bond in the Bond film Octopussy.

He first began his career as an Indian theatre actor before moving on to Hindi films.

He starred in The Bold and the Beautiful for over a year.

He has married four times and one of his children, Siddharth, suffered from schizophrenia before eventually ending his life. His daughter Pooja became a successful actress.

He played a role in the series Knight Rider, which starred David Hasselhoff.

Kabir Bedi Is A Member Of