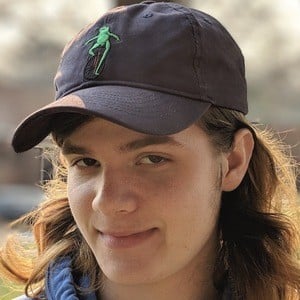 Creator of a specific kind of video mashup known as YouTube Poops who has earned more than 50,000 subscribers with his comedic content.

His first videos to surpass 1 million views each were "[YTP] Fun Ways to Die" and "[YTP] Bill Nye Destroys Matter."

His first name is Kaden and he is from the United States.

Poops4theWorld Is A Member Of