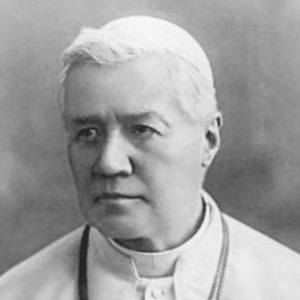 Head of the Catholic Church from 1903 to his death in 1914 who rejected modernist interpretations of Catholic doctrine and promoted orthodox theology.

He was ordained a priest and became chaplain at Tombolo in 1858.

He published the first Code of Canon Law, which collected the laws of the Church into one volume for the first time.

His father was a village postman who emigrated from Poland to Italy.

He was succeeded by Pope Benedict XV.

Pope Pius X Is A Member Of