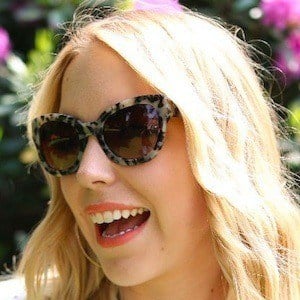 Sister of YouTube phenomenon Alfie Deyes who is a social media star herself with more than 1 million Instagram followers to go along with more than 330,000 Twitter followers. She has been featured in many of Alfie's videos.

She moved back to Brighton, England after four years away from the city studying Fine Art and living in Central London for a year.

She launched a personal blog, self-titled website via a countdown clock. The blog features a travel, food and lifestyle section.

Her first name is actually Emma while Poppy is her middle name. Her mother is Amanda Deyes. She started dating YouTuber Sean Elliott O'Connor in 2008.

Poppy Deyes Is A Member Of