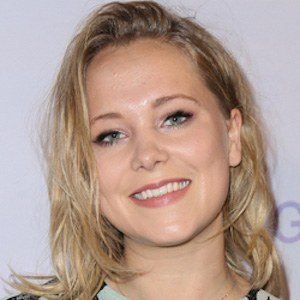 Television host and social media celebrity best known as the host of the first chat show on Snapchat titled Pillow Talk with Poppy. The show was quoted by Business Insider as being seen by 100 million daily active users. She is also well known as a presenter for MTV entertainment and Extra.

At nineteen she became the youngest correspondent to ever have been hired at ITN. Shortly after she graduated from the London School of Economics in 2012.

She has been a creative ambassador for Aubaine, a chain of French restaurants.

Her mother's name is Pip.

She has met and interviewed a mosaic of stars from rapper Tinie Tempah to actor Douglas Booth.

Poppy Jamie Is A Member Of