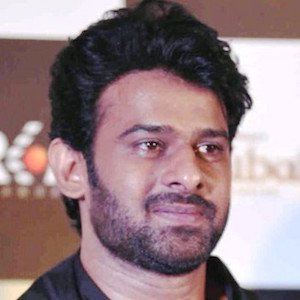 Born Prabhas Raju Uppalapati, he is an Indian actor who is known for his participation in Telugu cinema, particularly for his roles in Varsham and Chatrapathi. He also appeared in the blockbuster films Munna, Ek Niranjan, and Bujjigadu.

He began acting in 2002 with the film Eeshwar, which he followed with Raghavendra. He played the title character in both films.

His parents were U. Suryanarayana Raju and Siva Kumari. His uncle is Krishnam Raju, another poplar Telugu actor.

He acted alongside popular actress Shriya Saran in Chatrapathi.

Prabhas Is A Member Of