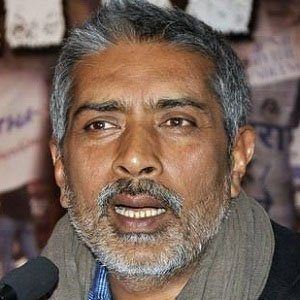 Famous for directing and producing the hit Hindi political thriller Raajneeti (2010) and the National Film Award-winning crime movie Apaharan (2005), he is also notable for his work on the acclaimed documentary features Sonal (2002) and Faces After the Storm (1984).

After abandoning his physics coursework at Ramjas College, Delhi University, he pursued a career as a painter and then briefly studied at the Film and Television Institute of India.

Over the course of his nearly two-decade marriage to prolific Hindi film actress , he raised an adopted child named Disha.

Prakash Jha Is A Member Of