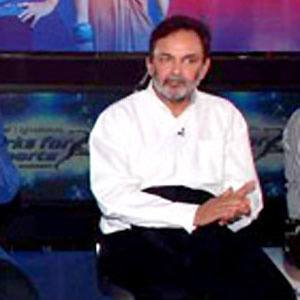 Award-winning Indian journalist who founded and serves as the chairperson for New Delhi Television.

He earned a Ph.D. in Economics from the Delhi School of Economics.

He was named the Television Personality of the Millennium by the Indian Express.

He has interviewed numerous figures, including billionaire Bill Gates.

Prannoy Roy Is A Member Of