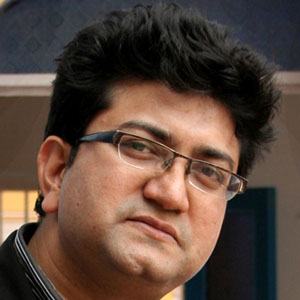 Known for his work on such Indian films as Chittagong, Taare Zameen Par, and Fanaa, this successful movie lyricist received the prestigious Filmfare Best Lyricist Award on multiple occasions. He also worked as a screenwriter, author, and advertising executive.

In his late teens, he published his first book, a Friedrich Nietzsche-inspired philosophical work titled Main Aur Woh. He studied physics on the undergraduate level and went on to earn an M.B.A. from India's Institute of Management Technology.

He worked for many years for the Ogilvy & Mather and McCann-Erickson advertising agencies.

He and his wife and fellow advertising executive, Aparna, became parents to a daughter, Aishaanya.

He earned a 2007 Filmfare Award for his lyrics to "Chand Sifarish." The song was featured in Fanaa, a 2006 movie starring Aamir Khan.

Prasoon Joshi Is A Member Of