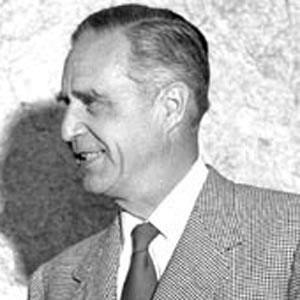 United States Senator, representing Connecticut from 1952 until January 1963 who was the father of 41st U.S. president

In the 1930s he operated the world's largest international shipping line, with considerable investments in both Nazi Germany and USSR.

He was part of the American Birth Control League from the early 1940s and served as treasurer of the first national campaign of Planned Parenthood later that decade despite the fact that his progeny were strongly anti-abortion.

He was a close friend of Nelson Rockefeller, until the latter left his ailing wife and took up with a woman 20 years younger than him.

Prescott Bush Is A Member Of