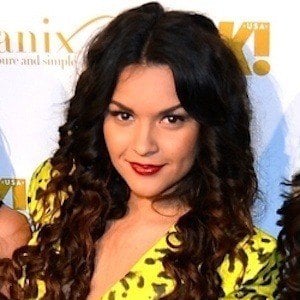 She gained fame following her brother's rise to success as a pop singer.

She and her three sisters formed a musical group called The Lylas.

Other than Bruno, she has three sisters named Jaime, Tiara and Tahiti, as well as a brother named Eric. She and her boyfriend welcomed a daughter in 2016.

Her brother was the voice behind the wildly successful song "Uptown Funk," which was produced by Mark Ronson.

Presley Hernandez Is A Member Of