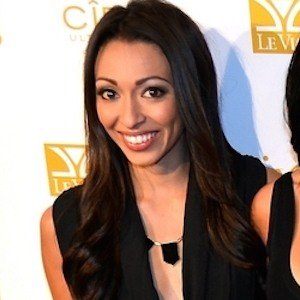 Singer and reality star best known as the sister of pop superstar Bruno Mars, she rose to fame in the WeTV series The Lylas along with her two sisters, Tahiti and Presley, and her cousin Jaime.

She and the rest of her siblings began their musical careers singing in their family musical group called the Love Notes. The children all performed as part of their father's Las Vegas review show.

Before pursuing her musical career in earnest, she worked as a preschool teacher.

Her parents were both musically inclined and they met while her mother worked as a hula dancer and her father as a percussionist. In addition to Bruno, she has another brother named Eric.

Tiara Hernandez Is A Member Of