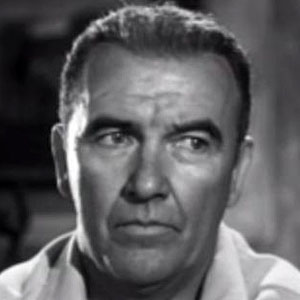 Remembered for his roles in such 1930s and 1940s films as Annie Oakley, Doctor X, My Friend Flicka, and The Informer, this screen actor also had a career as a Broadway performer. In addition, he was a member of a popular 1940s and 1950s music trio.

Following his performance in the 1931 Broadway production of Two Seconds, he began his film acting career by appearing in a cinematic version of the same script.

He starred in a short-lived 1950s television series titled Waterfront and went on to appear with Gene Kelly in Going My Way.

His first marriage, to fellow stage performer Gertrude Warren, resulted in a daughter named Stephanie. His second marriage, to screen actress Sheila Darcy, lasted from the mid-1940s until his death in 1970.

He penned a popular song titled "Got My Mojo Working" that was recorded by guitarist Muddy Waters in the late 1950s and was named one of Rolling Stone's "500 Greatest Songs of All Time."

Preston Foster Is A Member Of