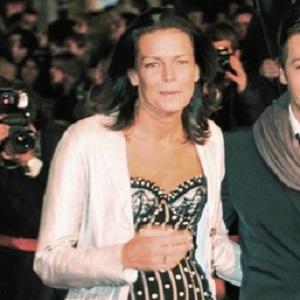 Singer, swimwear designer and fashion model who is the youngest daughter of Grace Kelly and Prince Rainier III of Monaco. She is known for her philanthropy, working to combat HIV/AIDS for much of her adult life.

She was in the tragic car accident which took the life of her mother and this has haunted her for most of her life.

She recorded the song In the Closet, with Michael Jackson - but she didn't use her real name for the credits.

Her older sister is well-known Princess Caroline of Monaco. She has been briefly married twice, to Daniel Ducruet from 1995-2006 and Adans Lopez Peres from 2003-2004.

She became involved in an apprenticeship program at Christian Dior under the head designer, Marc Bohan.

Princess Stephanie of Monaco Is A Member Of