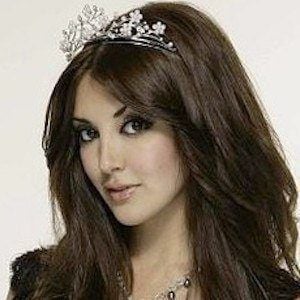 Former Miss Mexico 2005 who represented her country in the 2006 Miss Universe pageant, finishing in the top 10. She proceeded to pursue a career in acting, appearing in shows like Eva Luna and Pasion Prohibida.

She grew up modeling as a teenager before attending the University of Monterrey, where she studied communications.

In 2007, she became the first Mexican to be crowned Miss International. Prior to becoming an actress, she worked as a news anchor.

She grew up in Monterrey, Mexico. She eventually moved to Los Angeles, California to study acting.

Priscila Perales Is A Member Of