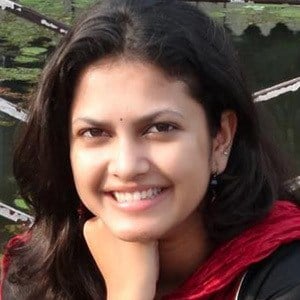 Indian playback singer who is known for having performed in Hindi, Marathi, and Malayalam films. She is best recognized for her performances as a singer in the films Double Seat, Mumbai-Pune-Mumbai 2, and Ajintha.

She first started her singing career at the age of 17. Beginning with Marathi films, she later expanded to Marathi television as well. She gained attention when she sang the themes for the shows Mala Sasu Havi and Ithech Taka Tambu.

She released video singles for the songs "Patch Up" and "Premala" under the Sagarika Music label.

She was born and raised in Pune, India and is the granddaughter of vocalist Padmakar.

She worked alongside dancer Dharmesh Yelande in the 2015 feature film Biker's Adda.

Priyanka Barve Is A Member Of