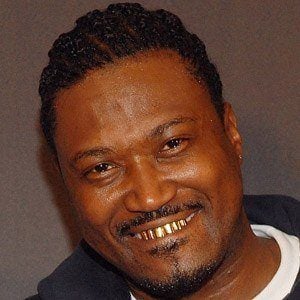 Memphis rapper best known for Platinum-selling albums like 2000's "Mista Don't Play: Everythangs Workin.'" He became famous for his collaborations with Three 6 Mafia, including the single "Sippin' on Some Syrup."

He released his first album, "Ghetty Green," in 1999, though the album was not commercially successful.

He received a four-year prison sentence for illegally possessing firearms in 2001.

He collaborated with the late rapper Pimp C on the 2007 track "Talkin' Smart."

Project Pat Is A Member Of