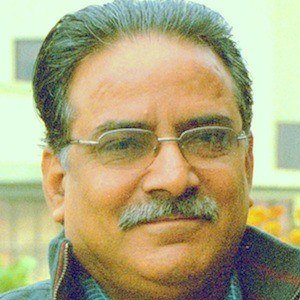 Nepali politician who was the 33rd Prime Minister of Nepal from 2008 to 2009 and Chairman of the Unified Communist Party of Nepal. Prior to taking power, he led an insurrection against the Nepalese government.

He earned a diploma of science in agriculture from the Institute of Agriculture and Animal Science.

He was general secretary of the Communist Party of Nepal in 1989.

He was born in Dhikur Pokhari and has a brother, Ganga Ram Dahal.

Pushpa Kamal Dahal Is A Member Of