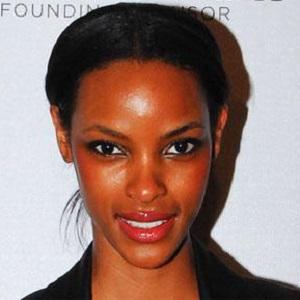 Sports Illustrated swimsuit model known for her work with brands like GAP and Maybelline.

Even though scouts were approaching her for representation at 13, she waited to start modeling officially until 16, when she was more mature.

She did not land her most publicized cover--the Sports Illustrated Swimsuit Issue--until ten years after working in the industry.

She was raised by a single mother in Virginia.

She has worked exhaustively with womenswear designer Michael Kors on several projects.

Quiana Grant Is A Member Of