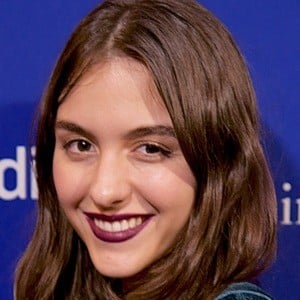 American actress recognized for her roles in films such as Unaccompanied Minors in 2006. She was nominated for a Young Artist Award in 2007 for the Best Young Ensemble in a Feature Film category.

She had one of her first roles in the 2000 film Harrison's Flowers.

She has had a recurring role in the television series Hostages.

She grew up with her family in Central New Jersey.

She had a role in the 2000 film Harrison's Flowers, starring Andie MacDowell.

Quinn Shephard Is A Member Of