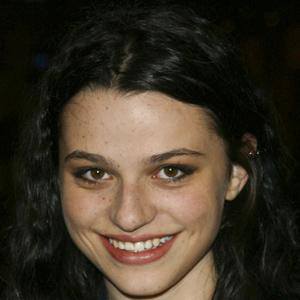 Actress who appeared in the 1995 film The Little Princess and the 2002 horror film The Ring. Her other credits include The Crucible, American Gun, and Boston Public.

She was active in musical theater before getting film roles.

She appeared in a 1994 episode of the long-running hospital drama ER.

She married and divorced Edward Furlong, with whom she had son in 2006.

She starred in The Ring with Naomi Watts.

Rachael Bella Is A Member Of