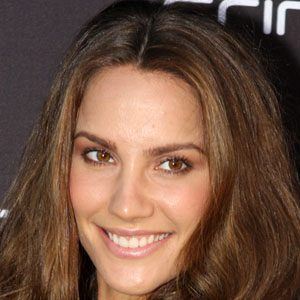 Australian beauty pageant participant who won the People's Choice Award for the 2006 Miss Teen Australia content. She was the third runner-up at the Miss Universe pageant in 2009.

She started appearing in beauty pageants from a young age and won the Miss Universe Australia title in 2009.

She has also worked for the Seven Network as a reporter.

She married her Dancing with the Stars co-star, Michael Miziner, in 2013. They have a daughter named Violet and a son named Dominic together.

Rachael Finch Is A Member Of